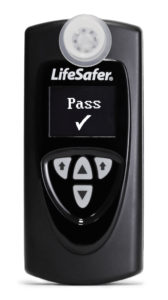 In the State of Indiana, convictions of Operating a Vehicle while Intoxicated (OVWI) may result in an order to install an ignition interlock device (IID) on all vehicles operated by the offender, including motorboats. The IID must be installed by state-approved service providers and the offender is responsible for all costs associated with it. While IIDs must be installed on all vehicles the offender operates or expects to operate, an exception is made for employee-owned vehicles. If a driver with a commercial license is convicted of OVWI, a probationary license to operate passenger vehicles may be obtained, but the offender will not be allowed to operate any commercial vehicles.

Indiana offenders may choose to enroll in a rehabilitation program in order to keep from having the installation of an IID ordered. When an IID is ordered, it must be used for at least six (6) months. Probationary licenses may be granted by the courts after the offender serves at least thirty (30) days of the license suspension. Probationary licenses must be used by offenders if they want to drive a vehicle with an IID installed. If an emergency occurs and a vehicle without an IID must be driven, the offender must notify the courts within twenty-four (24) hours. It is against Indiana law to lease, rent, or loan a non-IID equipped vehicle to a driver with an IID restriction.

Probationary licenses may be granted: