10 Days After Your New Mexico DWI 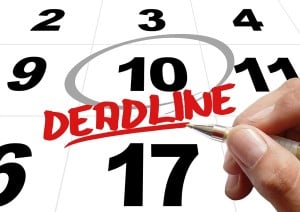 Drinking and driving is a serious matter, especially in New Mexico. Just one New Mexico DWI will land you in some pretty serious consequences, including possible jail time and an ignition interlock requirement. This strict stance against drunk drivers is helping the state to reduce the number accidents and injuries on the roads, but, that does not mean that every person accused of a DWI is immediately sanctioned for their behavior. In New Mexico, you have 10 days to try and prove your innocence in the face of a DWI charge… at least with the DMV.

New Mexico is one of the majority of U.S. states that has an “administrative license revocation” policy. That ALR policy gives your arresting officer the authority to revoke or suspend your driver’s license because of your DWI arrest (whether you failed or refused the BAC test). In exchange, you have 10 days to get your affairs in order and file for a hearing with the DMV to challenge your case. That gives you time to consult a lawyer and even get the ball rolling on an ignition interlock device, especially since the DMV ruling will be separate from your DWI hearing in court.

Getting your “normal” back after a DWI can be a long process, even with the help that New Mexico provides to an offender. In the 10 days after you are charged with driving while intoxicated, you have probably already made plenty of personal commitments to sober driving, all of which are a great start to a new, responsible future. Few people set out to drink and drive, and it can be easy to get caught up in the “buzz” of a few beers. What you do after you’re arrested for DWI, whether it is challenging your suspension with the New Mexico DMV or installing an ignition interlock device before your court hearing, shows that you are truly committed to a much more responsible and safe future than ever before.

Previous Post: ← Should You “U-Turn” at a DUI Checkpoint?
Next Post: Should You Refuse a DWI Test in Phelps County, Missouri? →