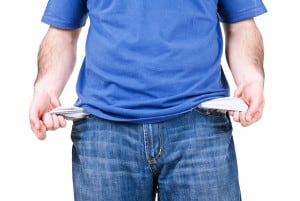 The costs associated with ignition interlocks vary by state and company. To make affording an ignition interlock device easier, some states allow offenders to prove financial hardship. Once this hardship is proven, the courts may allow for installment plans or a decrease in cost relative to the hardship. Some states have a policy in place that states exactly how much people who fall within indigent populations must pay, allowing deep discounts. There are some offenders who may not own or regularly operate vehicles and are still ordered to pay for the installation of an ignition interlock device. In those situations, courts will determine the ability to afford the device the same way it is determined for everyone else.

Depending upon the individual’s circumstances, affording an ignition interlock device may include costs associated with public transportation or other transportation options. Generally, drivers ordered to install the device are also saddled with driving restrictions. Most of the time, a license suspension or revocation either precedes or accompanies the court order for the device. If an offender is ordered to install an ignition interlock device, there are generally license reinstatement costs that must also be paid. States also have restricted license laws that must be followed while using the device. Some states force individuals to prove financial responsibility prior to installing the device and that proof includes special kinds of auto insurance that must be paid for prior to acceptance into the ignition interlock program.

All of these restrictions, special rules, and allowances come at a price to the driver. Once ordered to install an ignition interlock device, the individual must do so within a certain time frame, usually 30 – 60 days. In that period of time, all costs associated with the device’s installation must be paid or there are consequences, up to and including jail time. Going to jail, of course, adds another dimension to the trick of affording an ignition interlock device. No matter how one looks at it, DUIs are expensive and once a person has been convicted of one, getting back behind the wheel comes at a high cost.