You are here: Home / Resources / Alcohol in Non-Alcoholic Products
February 21, 2014 by Editorial Staff 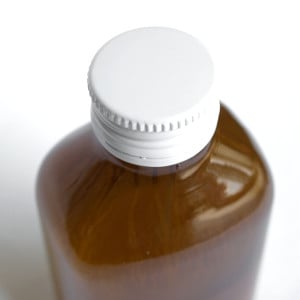 If someone says alcohol, what’s the first thing that comes to your head? Beer? Wine? Liquor? These are all examples of products consumed by people in rational amounts on a regular basis without horrible consequence. The chemical that raises your blood alcohol concentration (BAC) induces the feeling of drunkenness in the brain is called ethanol and can be consumed, but there are other chemicals that are referred to as alcohol such as methanol or isopropyl that are not meant to be ingested and can seriously harm your body causing you to be ill or may even cause death.

Though we often look for labels marking products alcoholic, there are other things that contain ethanol, such as mouthwash, cologne, cough syrup, and a large list of various items we use everyday. These are not usually meant for bodily consumption and can hurt you if consumed in large quantities. A lot of times this is resorted to by people who have an addiction to alcohol and cannot afford to buy the specified beverage. That means that if you ingest these products and still decide to drive, regardless of what you have taken to become drunk, you will be convicted of driving under the influence which may eventually lead to fines, jail time, and the requirement of an ignition interlock device.

You may ask, “if these products contain ethanol, which is safe to ingest in alcoholic beverages, why are these also not available for consumption?” Though you may not see it that way with things like cologne, other things, such as cough syrup, you may wonder about. After all, it is meant to be ingested. The answer to this is, not only do things like denatured alcohol contain too much alcohol to be taken, but even things like cough syrup contain other ingredients or chemicals making it unsafe to ingest in large amounts or even at all. Taking these things can increase chances of organ failure or even death.

All of these products contain ethanol for a reason, like the fact that is used to kill germs, and state the amount that should be taken or even is it should be ingested. Abusing these products primarily hurts yourself, but also risks others, especially if you make the decision to drive. Use the products as you should and reduce the risk of harm to you or anyone else.