An Iowa Felony OWI is No Laughing Matter

You are here: Home / Law / An Iowa Felony OWI is No Laughing Matter
October 17, 2017 by Editorial Staff 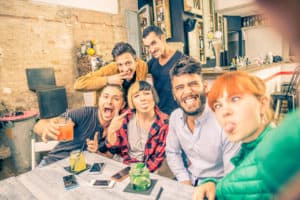 Driving while under the influence of drugs or alcohol is illegal in every state in the United States. Being under the influence not only slows your reaction times but it also decreases your night vision and mental acuity. We have all laughed at things people under the influence have done and said. But it becomes a lot less funny when they are behind the wheel of a car putting their and others’ lives at risk. There is nothing funny about drunk driving or an Iowa felony OWI.

Like other states, Iowa has severe penalties for an OWI, also known as DUI, conviction. Even before you are convicted, there is a considerable amount of time and money that you will have to sacrifice to get through the court system. If convicted, even a first offense carries penalties such as a mandatory 48 hours in jail, a fine of up to $1250 and suspension of your drivers’ license.

Some of the penalties associated with an Iowa Felony OWI are:

A felony conviction will follow you for the rest of your life. It will affect everything from employment and personal relationships to educational opportunities and your basic rights as an American. To live the life you were meant to, make sure you do not get behind the wheel while under the influence of alcohol or drugs of the legal or illegal variety.

Previous Post: ← Are You On the Road to Another Virginia Felony DUI?
Next Post: Harsher Punishments for Nebraska Felony DUI Convictions →