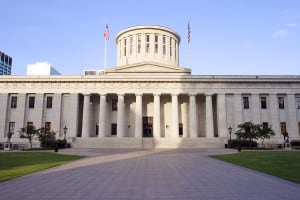 No parent should ever have to know the pain of a child’s death, no matter the age of the child. We teach our children to buckle seat belts, to be careful crossing the street, and to never drink and drive. Yet, each day, an estimated 28 people die as a result of a drunk driver. This startling statistic that has a profound effect on us all; especially when we are faced with the loss of a child who was killed as the result of another person’s inability to drive sober.

In Ohio, “Annie’s Law” is moving through the legislative process in order to prevent more loss of life in that state due to drunk drivers. Annie’s Law is a direct response to the tragic death of Annie Rooney in 2013, a woman who was unfortunately killed by a drunk driver who had had numerous, prior DUI convictions in the state, yet, was still able to drive a vehicle.

A person who has been convicted for driving while under the influence has already driven drunk an estimated 80 times prior to that conviction. The effectiveness rate of ignition interlock devices is well known, reducing the number of repeat DUI occurrences and offenses by 67%. Ignition interlock devices remove the “choice” to drive drunk from those who are already alcohol-impaired, by disabling a vehicle from starting if a person’s blood alcohol concentration (BAC) measures above a pre-set limit. In short, ignition interlock devices keep drunk drivers off the roads, creating safer streets for everyone.

If Annie’s Law is passed, Ohio will join 36 other states that already have ignition interlock laws for first-time DUI offenders, as recommended by the NTSB. These states are seeing a dramatic decrease in the devastation that a drunk driver can cause through enforcing sober driving with these life-saving devices.