Asleep at the Wheel and Other Florida DUI Lessons

You are here: Home / News / Asleep at the Wheel and Other Florida DUI Lessons
January 26, 2018 by Editorial Staff 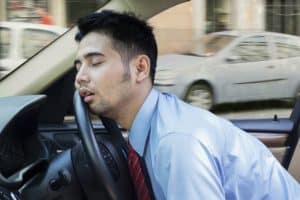 When in Florida, don’t do as the Floridians do – at least not when it comes to their impaired drivers. Find ways to help people steer clear of any Florida DUI problems, like advocating designated drivers or rideshare services when a person knows they’ll be drinking. Rally for ignition interlock devices that prevent drunk driving before it even starts… quite literally. And please don’t do what this guy did: hand officers a stash of cash instead of his driver’s license.

Here’s how you can avoid Florida DUI problems:

The first is obvious. The second lesson is one that many people fall into because it seems logical to “sleep it off” behind the wheel of a car, instead of driving home while impaired by alcohol or other substances. However, in Florida and many other states, if you are in the driver’s seat (whether the keys are in the ignition or not), you are considered to be in control of the vehicle. If you are legally impaired, then you can be charged with and convicted of a DUI.

The last lesson… well, we hope that was an anomaly, and that nobody really thinks that they can get out of a traffic violation, DUI charge, or worse, by (accidentally, or not) handing an officer anything but what is being asked for. They have a job to do, and the easier you make that on them, the easier things will go for you.

Previous Post: ← There is No Tolerance for ANY Maryland DUI Drivers
Next Post: Nebraska DUI Lawn Mower Driver Heads to Prison →