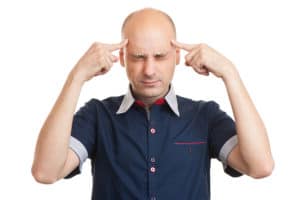 It’s all fun and games until you end up in prison because you passed out next to your lawnmower after a drunken joyride.

Nebraska DUI law is pretty specific. If your blood alcohol concentration (BAC) is over .08 percent, you are guilty of drunk driving. If you have been found guilty of more than one Nebraska DUI, then you will face harsher penalties and consequences, like a longer ignition interlock requirement, or more time in jail. If you refuse the BAC test that law enforcement requires, you will face additional penalties, too. However, when you’re not even driving a street legal vehicle, but are found next to it, unable to function, you can bet you’ll end up in prison, especially if it isn’t your first Nebraska DUI rodeo.

Unfortunately, prison will probably not effectively prevent future DUI incidents. Most people think that a harsh punishment, like incarceration, will scare a person straight. Studies show that prison and punitive consequences for crimes like DUI are only a temporary solution to a pervasive problem. When a DUI offender receives treatment for alcohol abuse or addiction, and support once they have confronted their disease, the outcome is much better. On top of that, solutions like ignition interlock devices prevent drunk driving at the very place it starts: the driver’s seat.

We tend to joke about stories like a Nebraska DUI on a lawnmower, but the truth is that even on a lawnmower, drunk driving is dangerous. Making the choice to get behind the wheel after drinking is putting lives at risk all over the roads. Be smart and safe, and know that prison is one of the worst consequences you can face, but it certainly is not the absolute worst part of a drunk driving incident.

Previous Post: ← Asleep at the Wheel and Other Florida DUI Lessons
Next Post: The Reality of Drunk Girl (and How to be a Hero) →