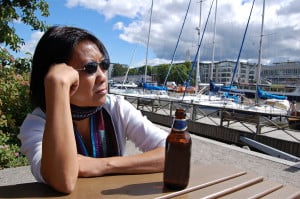 Everyone knows how dangerous it is to drive a vehicle while intoxicated. Drinking alcohol not only lowers our inhibitions, making it more likely for us to engage in risky behaviors, but it also makes it more difficult for us to control our bodies. The host of consequences that result from that loss of control have led to states increasing their driving under the influence (DUI) laws throughout the years. But, operating a boat under the influence of alcohol is also a punishable crime in every state.

Boating and DUI is often handled similarly to DUIs that take place on dry land. There are some interesting differences to note, though. An important fact to remember is that many states will consider a boating DUI as a “priorable”. What this means is that if you are convicted of boating under the influence and get convicted of a DUI on land at a later date, the DUI will be considered a second offense. This results in harsher penalties for the offender. It also gets the individual labeled as a repeat offender. Repeat offenders often have a more difficult time navigating the system than first time offenders.

Another way boating and DUI differs from a DUI on dry land is that some states have a lower blood alcohol content (BAC) requirement for aquatic vehicles. Currently, every state has the BAC legal limit as .08 for land operations, but some places lower it to .05 for water vehicles. And, while many states may not be explicit in their legal language about what constitutes an aquatic vehicle, boats, water skis, aquaplanes, and other similar vehicles are included in the group.

About 34% of fatal boat accidents each year are due to people choosing to operate boats while under the influence of alcohol. Boats and DUI is not an uncommon combination, but in some ways it is more dangerous than dry land DUI. All the movement associated with being in a boat, as well as weather, water spray, and noise, make boating under the influence a more intense situation. And, since alcohol consumption affects your inner ear, should you fall into the water during a boating accident, you would be less likely to differentiate up from down, increasing the likelihood of drowning.

For many of us, boating is seen as a relaxing and fun activity. And, it is, as long as we keep the alcohol on the shore. Boats can do just as much damage as cars and trucks, causing accidents and deaths if the person operating the vehicle is not as attentive as necessary. Even when the operator is doing everything perfectly, accidents occur. The best decision is to probably only drink while on dry land and sitting in something that cannot move.