What are Common Drunk Driving Penalties?

You are here: Home / Resources / What are Common Drunk Driving Penalties?
May 30, 2014 by Editorial Staff 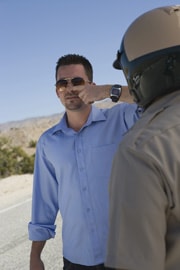 Since 2004, the legal limit nationwide for blood alcohol content, or BAC, has been .08. This is the standard used to judge levels of intoxication and a person’s ability to drive a car. Studies have shown that this national standard has greatly reduced incidences of drunk driving. However, many states are currently cracking down on drunk driving and have imposed more laws and regulations. With so many recent changes, many people wonder what drunk driving penalties are for their state.

Many states have imposed harsh drunk driving penalties with the hope that if the consequences are strict enough, a person will take the decision of whether or not to drive drunk a little more seriously. Common drunk driving penalties include fines, court costs, alcohol and substance abuse treatment programs, alcohol awareness and driving classes, community service, suspension of drivers license, ignition interlock installation, and jail time.

Many organizations such as Mothers Against Drunk Drivers, or MADD, and the National Highway Transportation Safety Administration have released yearly reviews on the effectiveness of each state’s drunk driving penalties. Partially because of this comparative data, states have adopted new laws that have been proven effective in other areas. A great example of this is the increasing use by states of ignition interlock devices. These devices connect to the ignition system of a vehicle and require a breath test to be submit by the driver before the vehicle can be operated. These devices have been proven to reduce the rates of repeat DUI offenses by 67 percent. That’s a statistic that’s making a real difference in the safety of our roads. States that adopt ignition interlock laws not only see less accidents involving alcohol, but see less fatalities involving drunk drivers.

If your state has not started to crack down on DUIs with laws, like ignition interlock device laws, that have been proven to keep our roads safer, there is still something you can do. You can contact your local representative and let them know that this is an issue that matters. You can also volunteer for a local organization that brings awareness to drunk driving. By taking a stand you are helping to save lives and create a safer world for everyone to live in.