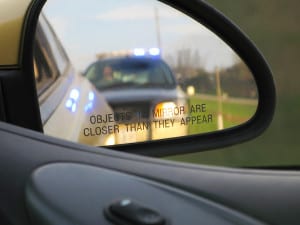 New Mexico has tough laws against drunk driving and is known for being one of the strictest states in the country if you’re ever convicted of a DWI. Even for a first-offense DWI in New Mexico, you are looking at losing your license for at least six months, jail time and a mandatory ignition interlock installation. For some reason, however, the ignition interlock requirement proves to be too much for any DWI offender, and many choose to drive illegally, rather than face the consequences of their choice.

Illegally driving in New Mexico after a DWI is only going to add more concerns for any offender. By choosing to drive without a court-ordered ignition interlock device or on a suspended license, you’re already setting yourself up for more anxiety at each turn, turning what could be a relaxing commute into a paranoid nightmare. You have to watch out for traffic as well as law enforcement, and if you get caught, the consequences are a lot more than just frustrating.

Driving illegally after a DWI in New Mexico means:

Your best plan if you are convicted of a DWI in New Mexico is to follow the order of the court. You should quickly pay your fines and court costs, attend DWI school and get an ignition interlock device installed in order to reinstate your license so you can drive legally. From that day, you can look forward to driving without the fear of further consequences for your crime, and a much easier road with a sober driver behind the wheel.

Previous Post: ← Can a Driver Under 21 Years of Age Drive a Vehicle with an Ignition Interlock?
Next Post: Colorado Breaks the Habit with Ignition
Interlock Devices →