Don’t Fake it in Florida: Consequences of a False Driver’s License

You are here: Home / Law / Don’t Fake it in Florida: Consequences of a False Driver’s License
August 26, 2014 by Editorial Staff 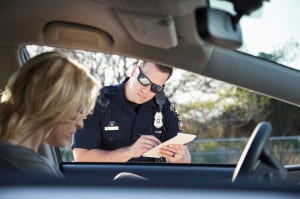 Some people will do anything to avoid serving out the terms of a DUI conviction. Drinking and driving is a choice that is made by a person under the influence of alcohol where “good judgment” is quickly redefined through the haze of too many cocktails. Since alcohol not only causes accidents and other irresponsible behaviors, the addiction to alcohol can be more powerful than safety concerns for others on the roads, creating situations where bad judgment continues to put lives in danger.

For instance, drunk drivers with an ignition interlock device requirement in Florida have been known to attempt to circumvent not only the IID, but, also the overall terms of the DUI conviction. By manufacturing and using a fake driver’s license in Florida, it is believed that the DUI offender can drive a vehicle without an IID. Without the “restricted” designation on a driver’s license, it is possible to circumvent the IID requirement… only until the offender is caught. Once a Florida DUI offender has been discovered with a fake ID, he or she will face more criminal charges, as well as the possibility of full revocation of driving privileges.

Without the “restricted” designation on a Florida driver’s license, a person who has been convicted of a DUI can illegally drive and operate a vehicle without an ignition interlock device. Because  of the relation to false identification scams used by minors to purchase alcohol illegally, or the rampant problem of identity theft, false driver’s licenses in Florida carry different punishments. A person with a fake I.D. in Florida, however, can certainly face felony charges. If the fake driver’s license was manufactured in order to drive illegally after a DUI conviction, felony criminal charges could be levied against the DUI offender, as well as exorbitant fines and other punishments.

For anyone with an ignition interlock device in Florida, trying to get around the law will only increase the odds of incarceration, loss of employment and other life-altering criminal consequences. Florida DUI laws continue to sanction those who choose to drive drunk, with strict guidelines and punishments to dissuade further incidents. By attempting to trick the court with a fake Florida driver’s license, a DUI offender can be guaranteed that an ignition interlock device or restricted driving privileges is the least problematic of the legal issues at hand.

Previous Post: ← Ten-Time OWI Offenders in Wisconsin Face Jail and More, But, Is It Enough?
Next Post: Did the “Epic Rave” in Michigan Violate Social Host Laws? →