Drinking, Driving, Social Media and the Future of Safety

You are here: Home / Resources / Drinking, Driving, Social Media and the Future of Safety
April 26, 2013 by Editorial Staff 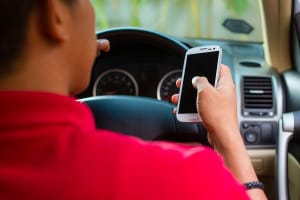 Recently, a businessman in Fresno, California, was charged with four felonies as a result of a drunken text message. In the text, he threatened a judge and a prosecutor as part of a venting rant to a friend and it landed him in jail. His whole life is likely to change as a result of this one drunken moment in time. Stories like this may be more common than we think and they bring to mind how often technological advances and alcoholic inebriation intersect.

Social media and drinking and driving have become close friends in the last couple of years. Globally, various private companies and governments are using social media to help people avoid driving drunk. Social media seems to be a good and easy way to get messages out to the masses, since so many people participate in sites like Facebook and Twitter. With the way social media sites are set up, posts can easily go viral if enough people share the same status updates. This presents lots of opportunities to send messages about the dangers of drinking and driving.

It also lends itself to helping people avoid getting behind the wheel when they’ve been drinking. In South Africa, a beverage company has a campaign for this very purpose. By using a Facebook app as a launching pad, the company gets people to agree on the social media site to never drive while inebriated and to use designated drivers. Participants are even rewarded with vouchers from other businesses, increasing the likelihood that the app will gain in popularity.

Certain smartphone companies are taking a different approach to the intersection of social media and drinking and driving. Through the use of specific apps, individuals who have been drinking can enter personal information like height and weight along with information about their recent drinking activity to find out how intoxicated they are. Some of the apps even call a taxi service for the person if levels are high enough to warrant it.

Twitter is currently being used to notify drivers of DUI checkpoints and the possibility of field sobriety tests. A University of South Carolina student aims to help his fellow students stay off the road while drunk by putting checkpoint information in a place they are more likely to see it: their phones. Law enforcement says that since the information is already publicly available, the Twitter account is not a problem. And by now, we all should realize that anything that helps people think before they drink and drive is a good thing.