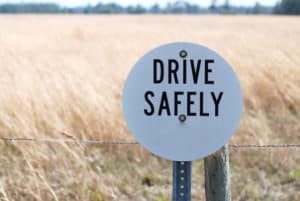 Given the dangers of a West Virginia DUI, should convicted drunk drivers be given the chance to drive again? West Virginia is one of many states that sees a benefit to just that – allowing a person who was convicted of a DUI to keep driving… with a little help from an ignition interlock device.

If you are charged with a DUI in West Virginia, you have the opportunity to install an ignition interlock before your administrative hearing so you can qualify for a restricted license and interlock. You also are required to enroll in the Alcohol Test and Lock Program for ignition interlock monitoring and the Safety and Treatment Program within the following 60 days of getting the device.

Since getting your license back after a DUI means you’re also getting your independence and freedom back, in a sense these programs are invaluable for many. Without the ability to drive, you could lose your job or your family could be without transportation for important appointments. A West Virginia DUI shouldn’t cause more stress, especially once all dues have been paid. Driving is vital for most of us, and even if you made a bad call and drove under the influence of alcohol, West Virginia understands that living a productive and mobile life helps eliminate the chances of further problems with drinking and driving.

With an ignition interlock you get to keep your priorities straight while asssuring the state and others on the road that you’re not repeating risky behavior. Anyone can make a mistake after a few drinks and feel they’re okay to drive. If that’s the case, the best you can do is to take care of your West Virginia DUI business as quickly as you can so you can get back on a better road, moving forward.

Previous Post: ← Can You Expunge a First-Offense Virginia DUI Conviction?
Next Post: The Problem of Not Addressing a First Offense Wisconsin OWI →