After a DUI: Avoiding a Suspended License in Maryland

You are here: Home / Law / After a DUI: Avoiding a Suspended License in Maryland
November 4, 2015 by Editorial Staff 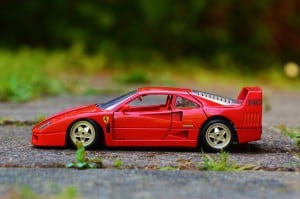 Even with the best intentions, anyone can make a mistake, especially when alcohol is a factor in the decision-making process. Maryland’s DUI and DWI laws are not very tolerant of the mistakes people make after too many happy hour beers. The laws reflect the fact that drunk drivers are dangerous, but, those same laws do show a belief in a person’s ability to make big life changes. That is why, even if you are charged with a DUI or DWI and you are faced with a suspended license in Maryland, you have the ability to drive again… almost in the palm of your hand.

Since common sense dictates that a DUI is expensive, and there are court requirements to fulfill in order to be considered rehabilitated, the ability to drive after a drunk driving conviction is important. You have to get yourself to and from court, your attorney, and still be able to keep your job. Your family might need you to drive, and you want to maintain your own independence, despite your conviction. Maryland law understands, and shows an easy way to allow you to drive again after you are charged with the crime; you just have to qualify for and install an ignition interlock device.

Driving yourself around is one of those freedoms we take for granted, until it is taken from us. When that happens because of a choice to drink and drive, it can be hard to see the bright side and the opportunities we have to change for the better. Avoiding a suspended driver’s license in Maryland requires sober driving, and after you have been charged with, or convicted of, a DUI or DWI, it can also require an ignition interlock device.

Previous Post: ← What Happens After My Mississippi License is Suspended for a DUI?
Next Post: Would You Rather: Cinderella License or Ignition Interlock Device? →