DUI on a Bicycle: Don’t Drink and Ride in Colorado

You are here: Home / Resources / DUI on a Bicycle: Don’t Drink and Ride in Colorado
June 22, 2015 by Editorial Staff 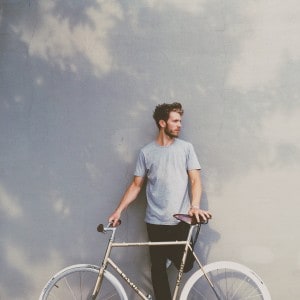 Riding a bicycle in Colorado is popular, especially in the more inhabited areas of the state. Smaller carbon footprints and the adventurous nature of residents often leads to the bike paths, not to the open road where cars and trucks define the pace of urban living. With so many bicycles on their alternative paths, Colorado law acknowledges them as vehicles, just like a car or SUV. Bicycle riders in Colorado are not only treated as motorists on the road, they are expected to follow the same laws as the driver of an automobile, including any operation of a bicycle while under the influence of alcohol. You can get a DUI on a bicycle in Colorado… and it could affect your driving status, too.

A DUI in Colorado that occurs while you’re driving a car, truck or SUV will land you in trouble in court and with the Colorado Department of Revenue. You’ll have to pay fines and court costs, and your license will be suspended. You’ll also have to get an ignition interlock device if you want to restore your driver’s privileges. Since a person on a bike is expected to follow the same laws as the driver of a motorized vehicle, then it isn’t a stretch to point out that a DUI is a DUI, regardless of the vehicle. That means there’s no preferential treatment for your adventurous, bike-loving self, and you could very well end up with an ignition interlock on your car for the DUI on your bike.

There are plenty of adventures to be had in Colorado, whether you’re in a car, on a bike or even on a horse. Staying sober is the best way to enjoy (and remember) those adventures, and you’ll be safe from an interlock requirement  and any awkward explanations about how it got there.