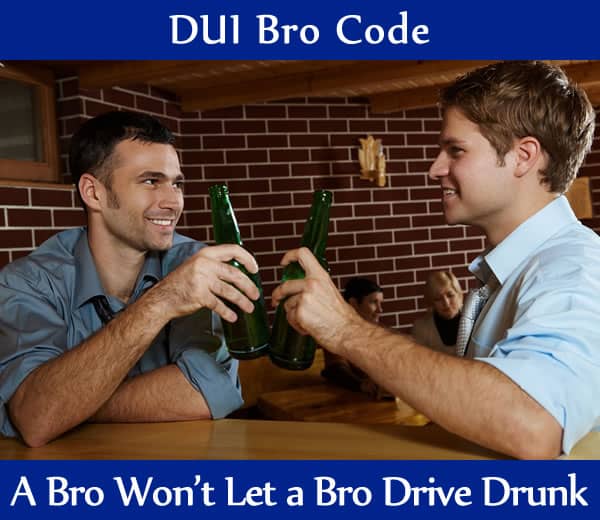 While the rate of women convicted for driving while under the influence of alcohol is on the rise, men still outrank women in the likelihood of driving drunk. According to the Federal Bureau of Investigations, men were almost twice as likely to operate a vehicle after drinking than women, representing four out of every five DUI convictions. Since men, especially those between the ages of 21-34 are at a higher risk for DUI/DWI charges and binge drinking, it makes sense to keep an eye out on your “bro,” just in case he’s had a few too many.

Nobody should ever drive drunk, and by following safe driving practices, there is no need to worry about a DUI/DWI conviction, jail time, ignition interlock installation or the possibility of accident, injury or death.