You are here: Home / Resources / DUI and Jail Overcrowding
May 25, 2013 by Editorial Staff 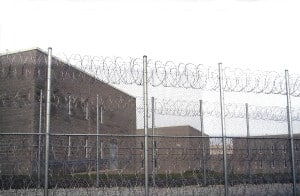 In the United States, approximately one in every one hundred adults is incarcerated. This astounding statistic is further complicated by the fact that about 36% of those in our prisons and jails say they were under the influence of alcohol when they committed their crimes. The intersection of DUI and jail overcrowding cannot be ignored. With alcohol contributing to the actions of so many offenders, our society must ask what we can do to at least keep DUIs at bay so that we can deal properly with all people who commit crimes in our country.

Some states have begun to release DUI offenders early due to the fact that they simply don’t have room in their jails to house them. In California, it is not unusual for an offender to be released from jail within hours due to the state’s budget issues and high incarceration levels. One third of people arrested for DUI are repeat offenders, meaning there are tools at our disposal to keep them from drinking and driving and taking up space in our jails. One such preventative tool is the ignition interlock device.

Ignition interlock devices work by keeping drinking drivers off our roads. The small, cell phone sized devices are attached to vehicles operated by people who have already been arrested for and convicted of driving under the influence. Before the vehicle will start, the driver must breathe into the device to test the alcohol levels on the person’s breath. Only if the alcohol levels are below a certain level will the vehicle start, ensuring that repeat offenders don’t have an opportunity to increase our DUI and jail overcrowding statistics.

While ignition interlock devices may never be automatically installed in every car driven in the United States, using them for repeat offenders makes our streets much safer and our jails less crowded. By forcing everyone convicted of a DUI to install the device, we will reduce our DUI arrests by a full third. That is an amazing possibility, but it only works if states are willing to order the devices after the first offense and require them to be used for impactful periods of time.

There is a lot of information about DUI and jail overcrowding. We can do something to improve both and that begins by utilizing the tools at our disposal. Ignition interlock devices save lives as well as tax dollars. With so many repeat offenders getting arrested, it is important that we do what we can to protect the freedoms of our fellow citizens while keeping everyone as safe as possible. Ignition interlock devices do both at the expense of offenders, unlike high incarceration levels which cost us all.