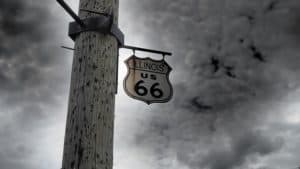 Whether you’re new to Illinois or just reading the DUI laws for your driver’s license test, you should know about some additions in the past year that are making a difference in safety across the state. January 2016 was the beginning of a more progressive take on DUI penalties, especially when those penalties involved ignition interlock devices.

These new DUI laws in Illinois have allowed more people to access interlocks and drive their own vehicles than ever before. The benefit of increasing access is twofold: the streets are safer with more interlocks in use, and offenders are given the chance to maintain their work, home and other life obligations, thereby increasing the likelihood that they will not commit another drunk driving incident in the future.

We cannot say what the future may hold for Illinois when it comes to DUI laws, interlocks or the next steps that the state can take to fully eliminate drunk driving. However, if the 2016 updates are any indication about the state’s commitment to sober roads, there will be fewer risks to those we care the most about.

Previous Post: ← What’s the Difference Between a DUI and a DWI?
Next Post: Will Noah’s Law Change the Maryland DUI Stats? →