Illinois Has No DUI Lookback Period

You are here: Home / General Information / Illinois Has No DUI Lookback Period
January 30, 2017 by Editorial Staff 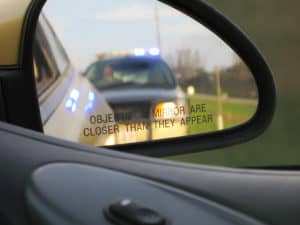 Illinois is one of the U.S. states that doesn’t have a criminal DUI lookback period, so any offenses you commit throughout your life will count toward the total of incidents you are charged with, and towards the consequences you face.

All Illinois DUI offenses will require you to have a breath alcohol ignition interlock device (BAIID). The device is relied on to prevent you from driving under the influence again, while allowing you the freedom to continue driving. That means you get to keep your job and hold together your family responsibilities, giving you a better chance at a full DUI recovery.

Not all states treat DUI as seriously as Illinois. A first-offense drunk driving incident in Wisconsin can be just a traffic citation. In Mississippi, the lookback period is five years, so any DUIs that occur outside of that are treated as first-offense convictions, with the least restrictive penalties. While Illinois may have some of the stricter DUI laws in the U.S., it is a fair trade for keeping the streets safe. States like Wisconsin and Iowa, especially, could take notice of Illinois’ commitment to sober roads and perhaps step up efforts accordingly.

Illinois was recently awarded a five-star rating by MADD for the state’s DUI prevention efforts. That doesn’t mean there still isn’t room for improvement, but that current efforts are following most of the organization’s recommendations. The DUI lookback period is just one example of the tough stance on drunk driving, one that sends a strong message to anyone thinking they may be okay to drive.

Previous Post: ← Can I Get a Shorter Ignition Interlock Requirement with Good Behavior?
Next Post: Refusing the Maryland Breathalyzer →