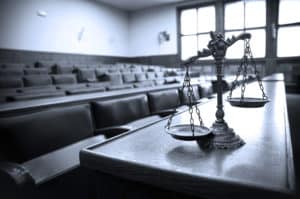 In most states, the DUI and drunk driving laws have strict consequences. Those penalties remind us all that not only are we a danger to others on the road, but that when we drink and drive we are risking our own freedom, and our ways of living, too. There is some type of license suspension for drunk driving in all states, but in Maryland before you are even convicted of a DUI, you could have a chance at a probation before judgment (PBJ) program.

At a judge’s discretion, an accused first-time DUI driver can be eligible for the PBJ program in Maryland. PBJ allows an entire year of probation if they enroll in alcohol education classes, instead of a DUI conviction. After a successful completion of the class, the driver’s criminal record is cleared of the pending DUI offense. That means any additional DWI will be considered a first-offense in criminal terms. However, the administrative side of the DWI will remain on the person’s driving record, increasing those penalties for any additional drunk driving offense or other traffic violations that accumulate points.

In October 2016, the new all-offender ignition interlock policy (Noah’s Law) will go into effect in Maryland. That requirement, however, only applies to convicted DUI offenders. If an accused DUI driver completes the PBJ, they may very well be able to avoid the criminal conviction and associated ignition interlock requirement, at least for now. However, if that same DUI driver refused the blood alcohol concentration (BAC) testing at the time of their arrest, they will have an automatic license suspension through the Maryland Motor Vehicle Administration (MDMVA) and a mandatory ignition interlock requirement. Refusing the test may also complicate admission into the PBJ, as it is a criminal violation of the state’s implied consent laws.