When Do I Need an Ignition Interlock in Maryland?

You are here: Home / Law / When Do I Need an Ignition Interlock in Maryland?
December 16, 2015 by Editorial Staff 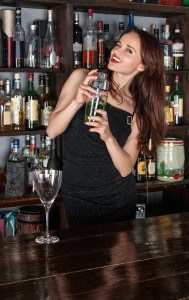 Not enough people take the time to think about ignition interlocks. They don’t consider when they may or may not be required to have the device installed as a result of drinking and driving.  For those who drive in Maryland, the answer is not even all that clear, especially considering so many other states that have mandatory criteria for the use of the device.

Maryland’s ignition interlock policy comes down to several factors, such as:

The Maryland Motor Vehicle Administration (MDMVA) also has a policy that can require an ignition interlock device, especially if an offender wants to resume driving while waiting for a court date to even happen. This helps a person facing DUI or DWI charges in Maryland get their affairs in order and continue moving forward, despite the decision that was made. Of course, you may need an ignition interlock device if your employer insists on keeping their vehicles a “sober fleet,” or, if you are an underage minor, your parents could insist on the device, as well.

In fact, the only reason you do not need to consider an ignition interlock device in Maryland is if you have never taken a risk and driven under the influence of alcohol in your own car. By maintaining a responsible attitude about driving and eliminating the chance of driving home after drinking, you eliminate the chance that you will have an ignition interlock requirement imposed upon you by the court, MDMVA or anyone else with the authority to do so… or have to spend the time even considering the possibility.

Previous Post: ← We Can’t Even: Legally Drinking While Driving in Mississippi
Next Post: I Had Too Many Drinks. When Can I Drive with My Ignition Interlock? →