Organizations for Safe and Sober Driving

You are here: Home / General Information / Organizations for Safe and Sober Driving
July 8, 2013 by Editorial Staff 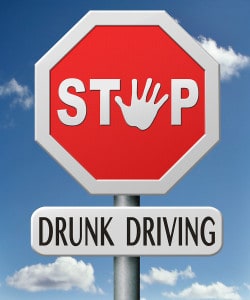 Just about everyone has heard of MADD or Mothers Against Drunk Driving. Usually, people have also heard of SADD, Students Against Drunk Driving. But, there are many more organizations for safe and sober driving and they are all committed to saving lives and keeping our streets as safe for travel as possible. A few, like RADD and FADD, have taken on a resemblance to MADD in name even though they may not be affiliated with the revolutionary organization.

MADD has three goals: to stop drunk driving, to support the victims of drunk driving, and to prevent underage drinking. Since its inception in 1980, members have worked relentlessly to affect drunk driving laws in the United States. With the help of MADD volunteers, changes have been made to the legal drinking limit and the legal drinking age. According to the organization, MADD has saved at least 300,000 lives over the last 32 years.

SADD began as a tool for helping youth resist drinking and driving, but has expanded its focus over the past 31 years. Founded a year after MADD, SADD now works to provide young people with the tools necessary to prevent underage drinking and other drug use, prevent risky and impaired driving, and prevent other decisions it deems destructive, such as suicide and violence. The organization endorses a “No Use” policy with regard to alcohol, stating that there is no way to responsibly break the law.

RADD is a non-profit organization that was started in 1986 as the entertainment industry’s answer to road safety. RADD’s target audiences are teens from ages 13-18 and young adults from ages 21-34. Because vehicle crashes are the number one killer of those age groups, RADD is dedicated to “solution-based, age appropriate messages” to promote safe and sober driving. If you’ve ever heard the phrase “Friends don’t let friends drive drunk”, you have been exposed to the brilliance of RADD.