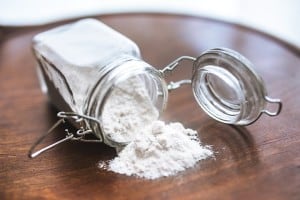 It isn’t every day that people can say alcohol has big benefits. Mostly, that’s because the information is always changing about the potential negative and positive effects of our favorite wine or beer. Generally speaking, alcohol is pretty safe in moderation. It’s when there’s too much drinking that health and safety issues arise. Oddly enough, there seems to be a healthy benefit to one of the more controversial types of alcohol, and even more disturbing, it seems that powdered alcohol can kind of save lives.

According to a recent study, powdered alcohol is not only handy for water bottles at the gym or hiking through the desert. It can even take that nasty cholesterol in your arteries and make it vanish, leaving you with a nice buzz, better blood flow and fewer heart-related ambulance rides. There doesn’t seem to be much of a downside to the product, especially when you’re looking for squeaky-clean arteries, so why is it banned in so many places?

Common sense. Powdered alcohol may be convenient and heart-healthy, but there are fears that it could get into the wrong hands. Considering the example of Rohypnol, where countless victims have been (and still are) sexually abused and assaulted, a powdered form of alcohol could likely be used in the same way. Plus, there’s the obvious danger of a drunk driving catastrophe. Powdered alcohol is still alcohol, so the same effects are there as with the regular, liquid varieties. That means the same problems, including a DUI conviction and an ignition interlock requirement are very real possibilities.

So much for great arteries.

The problem with powdered alcohol doesn’t seem to be the product itself, but the misuse of the product and how difficult it would be to regulate. Even though alcohol benefits may change with each new day, that doesn’t mean the powdered form will ever be more than a fun idea for a weekend of camping with friends. With DUI and other dangers on the minds of lawmakers and in our communities, powdered alcohol doesn’t stand much of a chance as the next artery-cleansing superfood, no matter the ways it is promoted as a better tool for healthier hearts.

Previous Post: ← What a Felony DWI in New York Gets You
Next Post: Why a Zero Percent BAC Limit Won’t Stop Drunk Drivers →