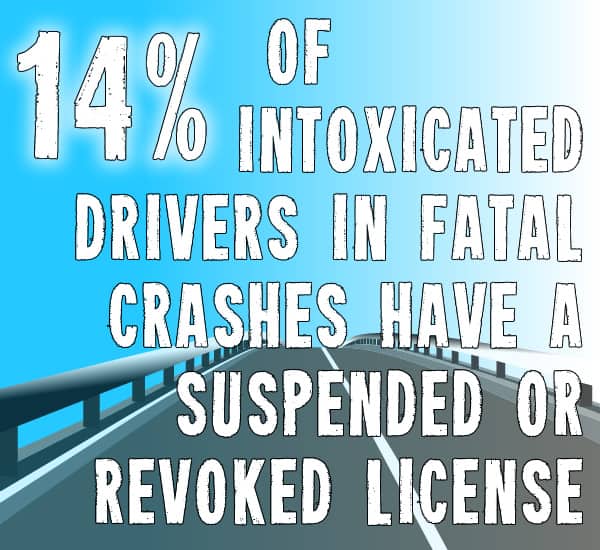 The National Highway Traffic Safety Administration (NHTSA) reports that 14% of drunk drivers involved in crashes that have resulted in death to the driver or victim(s) are drivers that have had a license suspended previously for DUI. When used properly and mandated through the court system, an ignition interlock device can drastically reduce the rate of DUI recidivism, saving lives, sparing injuries and making the roads safer for everyone.