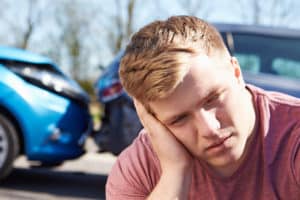 Each day law enforcement officers are confronted by, or must confront, drunk drivers. That danger is just one more reason states have strengthened their DUI and implied consent laws, to protect everyone on the roads, including our police officers. Virginia implied consent laws help keep everyone safe by quickly establishing whether a driver is intoxicated, and steps should be taken next.

Spoiler alert: violating Virginia implied consent laws will increase the penalties you face in court and with the DMV.

The first time you refuse BAC testing, if you are under arrest you will have Virginia implied consent violations added to your charges. If found guilty, you will have a one-year driver’s license suspension. However, that suspension is not a criminal charge.

If you refuse another BAC test during a different DUI investigation, the consequences for violating Virginia implied consent laws increase. Not only will you have a three-year license suspension, but you will then face a misdemeanor charge for the implied consent violation in court.

Refusing a BAC test before an arrest is not a violation of Virginia implied consent laws. But, your refusal could be considered enough probable cause to arrest you under suspicion of a DUI, after which you will still be required to submit a BAC sample (breath, blood or urine) at the roadside, or if you are taken to a police station, BAC testing will happen there. For many, this means their idea of waiting out a BAC test, hoping the can sober up, just will not work out how they intend.

Also, there are administrative penalties for refusing BAC testing that kick in immediately. Virginia is an all-offender ignition interlock Commonwealth (state), which means that on top of any implied consent violations and DUI penalties, you will likely end up with an ignition interlock device if you wish to reinstate your license.