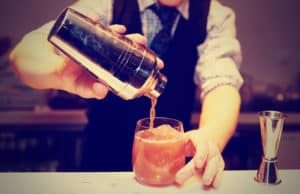 When it comes to drunk driving or a DUI, who is responsible? If you’re in the Sunshine State, your Florida DUI is ultimately your responsibility, at least for now. However, a new look at the dram shop liability laws may have the same benefit as increasing access to ignition interlock devices across the state.

Currently, those dram shop liability laws don’t apply to the bartenders and restaurant servers who are dedicated to filling those glasses.  If a person leaves a bar and is later charged with or convicted of a Florida DUI, those same people are in the clear for their actions, with two exceptions: serving alcohol to a minor or to someone with a known alcohol addiction.

Some states, however, can levy penalties against the sober servers, citing their judgment was obviously safer than the person who had a few too many rounds at the bar. In 1999, a New Jersey jury ruled in favor of a girl’s family against the New York Giants stadium, proving the driver was sold too many beers at the game, ultimately paralyzing the girl because of his DUI.

MADD recommends dram shop laws in each state, citing their influence on servers and bartenders when it comes to cutting off patrons’ alcohol consumption. Most states have some type of dram shop law, however, many of which reflect the underage drinker or alcohol addict policy. More can be done to strengthen those laws, just like expanding ignition interlock access for all Florida DUI drivers. It all starts with us taking the initiative to increase safety on our roads in either case.

If you think about it, a friendly reminder that we’ve had a few drinks already could be just the message needed to reduce or eliminate drunk driving. Perhaps even the realization of a possible ignition interlock requirement would stop many from taking a chance on drunk driving. After all, when we’re at the bar, we all want to good times to keep going, we just have to be safe while doing so.