Is Tampa in Danger of More Public
Intoxication Crimes?

You are here: Home / General Information / Is Tampa in Danger of More Public Intoxication Crimes?
November 19, 2014 by Editorial Staff 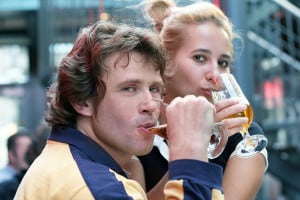 Public intoxication is a topic that gets a strong reaction because it can’t be stopped with something like an ignition interlock device. While most of us enjoy drinking at outdoor festivals and the like, we might get a little squeamish when the prospect of daily walks with a beer in our hands, or in the hands of strangers. Residents of Tampa, Florida, are dealing with this issue and how it can affect the city’s reputation. The Hillsborough River walkway was recently given the classification of “specialty center,” allowing visitors to drink and stroll at the same time between the hours of 11am and 1am.

Tampa City Council eventually voted 4-2 to approve the new classification, supporting the area’s “sustainable living” landscape growth. Some residents voiced concerns over drunk driving, citing the recent increase in crashes from wrong way driving in Florida. Others expressed concerns about potential public intoxication among homeless people in the area. The “specialty center” classification comes with special Riverwalk cups that can be filled twice for the privilege of drinking while using the walkway. Since, personal alcoholic beverage consumption is not allowed on the walkway, there is less danger of public intoxication and drunk driving.

The vote brought up a lot of issues people generally have when thinking about public intoxication. Since public intoxication is illegal in most places, the opportunity for it to occur is sometimes perceived as dangerous. Festivals and parades are considered abnormal instances of celebration, where some public intoxication can be expected. But when it comes to a daily occurrence of drinking on the Riverwalk, not everyone is in favor of the message being sent.

One councilman took it upon himself to remind the council and residents that stupidity cannot be legislated. There will always be people who go too far or do things that are unexpected, but the new classification should not be perceived as a license to drink and drive or walk while intoxicated. With the limit of two beverages per stroll, the area can continue to benefit from its revival while allowing adults to enjoy themselves.

Previous Post: ← Can Wisconsin Reduce its Number of
Repeat OWI Offenders?
Next Post: Can I Leave My Car Running with an
Ignition Interlock Device?  →