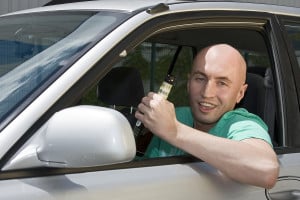 TEA-21 outlines six standards set forth by the federal government. First, officers can stop drivers for not following open container laws. Second, open containers of alcohol and consumption of alcohol are not allowed in a motor vehicle. This prohibition applies to all types of alcohol. It also applies to both drivers and passengers in a motor vehicle. These regulations apply while a vehicle is on any part of a highway. And finally, the passenger area is considered any area that seats drivers and passengers or is accessible to either. This includes the glove box.

All states at least partially comply with TEA-21 guidelines and the federal government offers financial incentives to the states that comply with these regulations. 39 states and the District of Columbia are fully in accordance with TEA-21 guidelines. TEA-21 regulations and open container laws are proven to help reduce the rates of DUI/DWI incidents and keep our roads safer. While states can choose whether or not to comply with these regulations, the federal government supports the fight against drunk driving and the adoption of additional state laws, including encouraging more states to require ignition interlock devices on the vehicles of those convicted of a drunk driving offense. As more states adopt stricter laws regarding drinking and driving and open containers, lower rates of DUIs, DUI related accidents, and DUI related fatalities.

Previous Post: ← Can You Trust Your Designated Driver?
Next Post: Should I Consider a Voluntary IID Installation? →