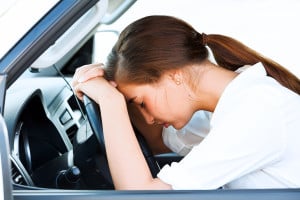 Driving under the influence (DUI) of alcohol or drugs is a serious crime that can have disastrous effects on personal health, private and public property and the future of any DUI convict or victim. In many states, while the severity of a DUI is certainly recognized and treated strictly, there can also be the option to have a DUI conviction removed from an offender’s driving record and criminal record under certain circumstances. California is one state that may offer this removal, or expungement, to DUI convicts that meet specific criteria upon receiving a California DUI.

California DUI law treats each offense differently, and in many cases, a DUI expungement will not be possible if there is a second or subsequent offense. Since penalties for DUI in California range from fines, court costs and ignition interlock installations to DUI classes, license suspension and even jail time, the circumstances surrounding a DUI can determine whether the offense may be expunged, as well. For example, a first-time DUI offense in California that carries no aggravating circumstances like child endangerment, injury or death of another person involved in the DUI incident or refusal of a blood alcohol concentration (BAC) test, may be eligible for an expungement of the California DUI conviction, once all of the court requirements are fulfilled.

Understanding the dangers of drunk driving, and working through the penalties of a DUI can help any offender pledge to remain sober behind the wheel and never drive drunk again. With the promise of a DUI expungement, or even through the use of an ignition interlock device, a DUI offender can easily change the stigma of a DUI in the court’s eyes.  Since a DUI conviction can affect a person’s ability to acquire or maintain employment, secure housing or enter into college or a university, a California DUI expungement can help secure the future of the offender for many years to come.