We Know Ignition Interlock Devices Work, So What’s Next?

You are here: Home / General Information / We Know Ignition Interlock Devices Work, So What’s Next?
January 19, 2017 by Editorial Staff 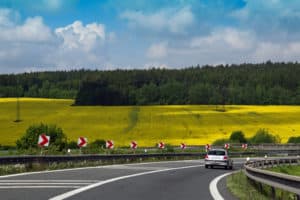 We have known for decades that IIDs work to prevent subsequent DUIs. Now, we have research that says the devices have effectively reduced DUI fatalities by 7 percent. Considering 10,000 DUI fatalities occur each year, 7 percent is significant. That number doesn’t even account for the injuries that ignition interlock devices prevent, nor the cost of property damage.

All-offender ignition interlock device laws are the next step.

The majority of states have laws that require ignition interlock devices for any drunk driving offense. Others have the requirement for high blood alcohol concentration (BAC) first-offenses or second/subsequent offenses. Both MADD and NTSB recommend interlocks for all drunk drivers, and data supports the effectiveness of the devices. There’s really no reason to not have all-offender requirements. Also, in states where a person knows they could face an ignition interlock requirement, DUI rates are falling.

“The first step to address the number one killer on our roadways is to do what is proven to be effective – use interlocks for all DWI offenders… Technology is the game changer in reducing alcohol-related crashes on our nation’s roadways… Achieving zero alcohol-impaired driving-related deaths is possible only if society is willing to separate the impaired driver from the driving task.” said NTSB Chairman Deborah A.P. Hersman (2012).

In many states, it seems that an ignition interlock requirement is translated into an optional piece of a DUI conviction. Common sense says that enforcing ignition interlock requirements is just as important as having the devices. While there is a cost to support interlock programs that can seem high, as well as the time and energy spent on supervising offenders, the result is seen through a lower financial, emotional and mental impact, overall. More drunk driving offenders are able to continue working and caring for their families and loved ones, maintaining independence and a sense of purpose in the meantime.

Previous Post: ← You Really Don’t Want to Risk an Arizona DUI
Next Post: Is Mouthwash an Excuse for Ignition Interlock Violations?