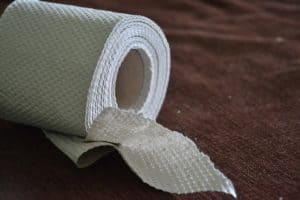 Beating a police breathalyzer or ignition interlock device seems pretty counterintuitive unless you’re drinking, we imagine. There are all sorts of myths about how to tweak our blood alcohol concentration (BAC) when stopped by police, like peanut butter or chewing gum. However, the guy who ate toilet paper may be one of the most unique ways attempted, especially since it still landed him in jail.

The funny part is that most of the myths to beat a police breathalyzer have a little bit of logic. With peanut butter, people think the sugar can affect a BAC reading, rendering it inadmissible in court. Chewing gum is often mint flavored, and mint is present in some mouthwashes that do contain alcohol, so that conclusion is pretty clear. Paper, however… is just paper. There’s nothing there to connect the dots.

Paper isn’t the only thing that has made it into the headlines, either. People will eat just about anything they can think of, probably in a moment of intoxicated panic, in order to stay out of trouble. One woman may have just wanted to have her cake and eat it too… at least before she was taken down to jail for her DUI. Keep in mind that like paper, the cake won’t really prevent a breathalyzer from accurately measuring BAC.

Being impaired by alcohol can lead to some funny situations, but there is nothing funny about drinking and driving. Instead of competing for worst way to beat a breathalyzer, there’s one way to use that time wisely and to keep yourself out of trouble at the same time. Before heading out for the night, have a plan to get home safely. You will thank yourself the next day when you wake up and don’t have to face the intoxicated things you really thought were good ideas.

Previous Post: ← The Problem of Not Addressing a First Offense Wisconsin OWI
Next Post: How to Drive After a First-time Missouri DUI →