What Happens if You Drive Illegally after a New Mexico DWI

You are here: Home / General Information / What Happens if You Drive Illegally after a New Mexico DWI
August 17, 2016 by Editorial Staff 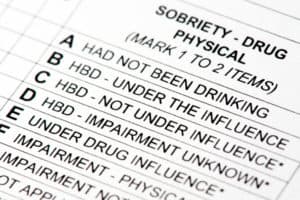 New Mexico is tough on drunk drivers. Governor Martinez has made it a priority to ensure that the roads in the state are as safe as possible, which has meant crackdowns on drunk drivers and more visible awareness efforts across the state. Along with an all-offender ignition interlock requirement through the court, New Mexico DWI offenders face the same type of blood alcohol concentration (BAC) restriction from the DMV if they refuse the law enforcement breathalyzer test during a traffic stop.

If you are caught driving illegally without an ignition interlock device after a New Mexico DWI, you have a lot more consequences to face. You’ll have at least seven days in jail and a mandatory fine of $300. In some cases, you could spend up to a year in jail or pay $1,000 in fines. Plus, you could be removed from the ignition interlock program entirely or have your time requirement extended.

Your car could also be immobilized, impounded or “booted” if you drive illegally after a New Mexico DWI.

There are plenty of reasons why New Mexico has seen its drunk driving numbers decline in past years. The state has some of the toughest policies when it comes to DWI, making it clear that anyone who tries to push their luck with drinking and driving will not be given another chance to endanger others on the roads.