What is Worse Than a Maryland Aggravated DUI?

You are here: Home / Law / What is Worse Than a Maryland Aggravated DUI?
December 8, 2017 by Editorial Staff 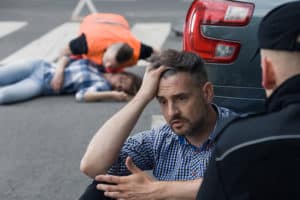 Drunk driving is always bad, but laws distinguish between a simple DUI and drunk driving that is much more serious. Maryland aggravated DUI law picks up where the simple penalties leave off: from fines, court costs, and mandatory ignition interlock requirements to incarceration, probation, and other consequences.

In many cases a first-offense DUI in which the driver has a BAC of .15 percent or higher results in the most restrictive penalties, even if no injuries or property damage occurs. All DUI offenses have a mandatory interlock requirement, but the requirement can be extended for a longer time due to aggravating circumstances.

If there is a child passenger present at the time of a DUI, even with a low BAC, the driver will face Maryland aggravated DUI charges. On top of that, the driver could also be charged with child endangerment.  Habitual DUI offenders face aggravated charges simply because of their inability or refusal to drive sober, despite previous convictions and consequences.

Things can always be worse until they actually are at their worst. A DUI is nothing to blow off and making a choice to get behind the wheel if you’ve been drinking puts lives at risk each day. The legal consequences for a Maryland aggravated DUI are nothing in comparison to the real-world reality of causing someone’s death. As frustrating as it can be to find a safe ride home when drinking, the alternative is nothing less than asking for a lifetime of aggravation, regret, and possible loss of freedom.

Previous Post: ← Will the New Utah BAC Law Keeps Tourists Away?
Next Post: New Mexico Aggravated DWI: Easy to Get, Hard to Forget →