You are here: Home / Opinion / Wisconsin’s Got Interlock Issues
May 15, 2015 by Editorial Staff 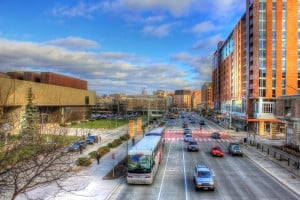 If there was a reality show in which each state in the U.S. had to compete for the best drunk driving prevention laws, Wisconsin could be one of the first to be voted off the island… or out of the union. We don’t want to see that happen – Wisconsin is a beautiful state full of great people and plenty of ways to spend time wisely. That “wisdom” doesn’t include drinking and driving, and a better Wisconsin interlock program could really solidify the state’s position in the U.S., at least where that competition is concerned.

A Wisconsin interlock is currently only required for a first-offense OWI with a high blood alcohol concentration (BAC) or for a habitual offender; any first-time OWI offender with a BAC under .15 percent gets a traffic citation for their lapse in judgment. Most states at least require a first-time drunk driving offender to be charged with a criminal violation… but, not Wisconsin. They’re okay with that first experience of operating a vehicle while intoxicated; it’s a life lesson – sometimes a deadly lesson, but, that’s better than a misdemeanor conviction and an ignition interlock requirement, right?

Of course it isn’t, and we know that there are people in Wisconsin who are working very hard to change the laws and stay in the game, on the island and part of the nation that is cracking down on drunk driving. A Wisconsin interlock program that focuses on first-time offenders is a big step in the right direction for the state, and for the rest of the country. We don’t want to lose Wisconsin, we like what the state brings to the table, and we really don’t want to watch it fall off the map over a small inconvenience like an ignition interlock.