Your Second California DUI is No Dream

You are here: Home / General Information / Your Second California DUI is No Dream
August 21, 2017 by Editorial Staff 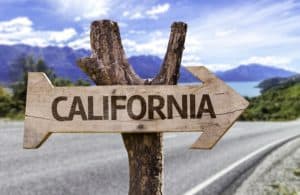 California is a pretty laid-back state, except when it comes to drinking and driving. Last year, the state passed a new law that expands access to ignition interlock devices for all drunk drivers. Currently, interlocks are only required for some first-time DUI offenses, but everyone with a second California DUI needs to install the device. On top of that, there are plenty of other consequences for a second drunk driving offense.

The look back period for drunk driving and DUI convictions in California is 10 years, so any second DUI or subsequent offenses are counted if they occurred within a decade of each other. As such, a second California DUI offender is subject to:

Once you have obtained your freedom to drive, no matter how many DUI offenses you may have, you will want to have an interlock installed on all of your vehicles. The penalties for a second California DUI are strict, and they only increase in severity from there. Any subsequent offenses could even mean a felony conviction on your record, where you are no longer given the civil rights that most others enjoy. Keeping the streets safe is a priority in California and across the U.S., as we see in each year as more states increase penalties and expand interlock access. You have a choice about how you get home when you are drinking, so be sure to have a safety plan before you head out.

Previous Post: ← Wake Up! An Energy Drink DUI is Just the Beginning
Next Post: Your Second Florida DUI Conviction… Now What?