When You’re a Habitual DUI Offender in Colorado

You are here: Home / Law / When You’re a Habitual DUI Offender in Colorado
October 5, 2015 by Editorial Staff 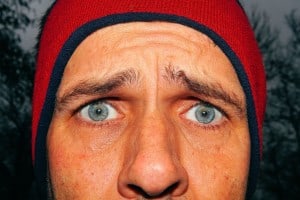 A habitual DUI offender is a danger on the road, and most states have strict consequences to face once a DUI offender hits a “third strike” conviction. After a third DUI conviction in Colorado in seven years, an offender could be considered a habitual offender, leading to much more serious level of restrictions on their freedom, including their freedom to drive with an ignition interlock device.

As a court-designated habitual traffic offender (HTO), you are not only guilty of your Colorado DUI convictions, you are also a generally dangerous driver in the eyes of the law. Once that happens, you are not considered safe enough to drive any vehicles for five years – not for personal use and not “on the job.” You are looking at a lengthy period of begging for rides from friends, riding your bicycle (keep it sober!) or paying for a taxi to get you around town. After one year, if you are approved, you could be allowed to drive again, as long as you have an ignition interlock installed. However, as much as ignition interlock devices are a reliable solution to keep drunk drivers off the roads, your approval is not guaranteed and you could have to serve all five years of your license suspension.

If you are looking at an HTO charge after your third DUI in Colorado, you probably realize the error of your ways and that you are not above the law, despite what the alcohol has told you in the past. But, perhaps before that moment of self-reflection, you could trust the advice of friends, law enforcement and the public at large and refuse to ever drive if you have been drinking. That way, you are demonstrating a healthy, habitual relationship with safe driving and responsible drinking, and not one where you are counting the DUIs that got you the HTO status to begin with.