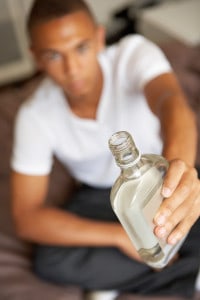 DUI (Driving Under the Influence): Usually this means that the driver is under the influence of alcohol, but this charge can be given for other substances as well. Driving while taking prescription and illegal drugs or inhalants can lead to a DUI charge.

OUI (Operating Under the Influence): This is a more broad charge that may only require the vehicle to be running to be considered an alcohol-related crime. This means if you are listening to the radio or sitting in the air conditioning and are legally drunk, you could still face some legal trouble.

OWI (Operating While Impaired): Again, the word, “operating,” allows for a more broad application of this term. In Ohio, the removal of “vehicle” from the OMVI (Operating a Motor Vehicle Impaired) acronym allowed for a broader definition of vehicle.

DUIL (Driving Under the Influence of Liquor): Only a few states use this term, but it is a more specific charge.

DUII (Driving Under the Influence of an Intoxicant): This term is used exclusively by the state of Oregon.

DWAI (Driving While Ability Impaired): This term is used exclusively by the state of Colorado.

DWUI (Driving While Under the Influence): It is used exclusively by Wyoming.

BAC (Blood Alcohol Concentration): The measure of alcohol in a person’s blood that determines intoxication. BAC can be measured through breath tests or blood tests, and at .08 BAC, a person is considered legally drunk in all 50 U.S. states.

IID (Ignition Interlock Device): A court-ordered consequence in every state for convicted drunk drivers. Depending on the laws of the state and circumstances surrounding a drunk driving conviction, an offender may be required to install an IID on any vehicles driven in order to ensure he or she remains sober while driving.