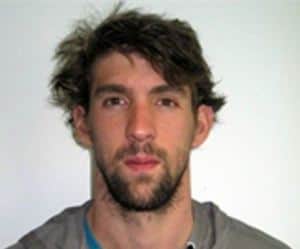 Olympic swimmer, Michael Phelps, was recently arrested on a second drunk driving charge in Maryland after being stopped for speeding through a tunnel in Baltimore. Phelps was, by police records, acting intoxicated and was administered several sobriety tests and a breathalyzer, on which he registered a .14 blood alcohol concentration (BAC). The legal BAC limit in all states is .08, and is usually considered the time when people may start slurring speech or get rowdy in bars. So, what does a .14 look like, and how dangerous can it be to drive at that level of intoxication?

If you have ever seen a person with the .14 BAC “look” then you already know they’re too drunk to drive. But, this is a scenario that happens each day, and puts lives in danger – an especially scary thought when it comes to habitual drunk driving offenders.

In Maryland, for a second DUI offense, you will face the following:

At .08 BAC, you are legally too drunk to drive, meaning your ability to make good decisions has diminished considerably – not to mention your physical coordination. At .14 BAC, you are clearly unable to drive and should never get behind the wheel of a car. Michael Phelps may have a long way to go to get beyond his upcoming DUI charge, but, he can also be an example of how risky drinking and driving is for us all.

Previous Post: ← The Waiting Game: How Long Before My Ignition Interlock Device Resets?
Next Post: In Michigan, Drunk Driving Can Cost More than Your License →