You are here: Home / Law / 3 Reasons You Don’t Have an Ignition Interlock in Santa Fe
December 22, 2015 by Editorial Staff 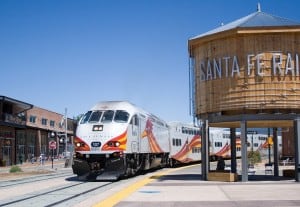 New Mexico is one of the top states to watch when it comes to policies about drunk driving and ignition interlock devices. We often point out the state’s success rate in reducing the number of second or subsequent DWI offenses, especially because of the all-offender ignition interlock law. But, there is one big problem in Santa Fe County that seems to be hurting those statistics, one that really helps a person get around the DWI consequences and even allows them another chance at drunk driving: their DWI case is being dismissed on a “technicality.”

The problem in Santa Fe County is not with the laws of the state, or even with ensuring an offender installs and uses their interlock after a conviction. The problem is getting that conviction in the first (or subsequent) place, because:

…and the cycle repeats, eventually giving a drunk driver another shot at a DWI, and potentially causing serious injury or death.

All of this means that while New Mexico has an incredible rate of success with its ignition interlock program, there could be even more success just around the corner, as long as the legal legwork is given its due process. In Santa Fe County and throughout New Mexico, an ignition interlock only works when installed and used as directed, and without an interlock, the risks of subsequent DWIs is definitely a huge possibility. Whether the answer is more judges, better law enforcement training, or stricter guidelines, that answer should lead to more ignition interlock installations and many more safe nights out on the road.