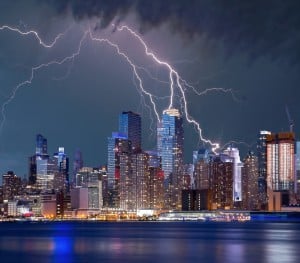 When a judge tells you to do something, you should probably listen. At least, that’s the meaning behind new, stricter measures taken by New York regarding DUI offenders and ignition interlock devices. Despite having some of the strictest DWI laws in the U.S., and an all-offender ignition interlock policy, New York isn’t measuring up to the hype, perhaps especially in New York City where interlocks are ordered and not installed. That’s not a reputation any New Yorker wants, making it vital that the state gets even more serious about ignition interlock compliance.

New York isn’t alone in the phenomenon. Plenty of other states have strict ignition interlock policies that aren’t necessarily enforced or adhered to. You can, essentially, direct a DWI offender to install an ignition interlock device, but you cannot always ensure they’re using it as expected (or ordered). So, instead of fighting against a DWI offender’s resistance to the interlock requirement, New York can now extend the time requirement, making it impossible to legally drive until the device is installed.

Since only five percent of those ordered to install the devices in New York City actually follow through, the new law leaves many DWI offenders with a very long road back to a legal driving status. Harsh? Not really. Life-saving? Absolutely. An ignition interlock device is only effective when it is used.

New York is definitely on top of the fight against drunk drivers, as can be seen with the strict “Leandra’s Law.” But, to truly honor the namesake of the law, it is important that all DWI offenders realize their role in responsible driving from the moment they are approached by law enforcement.  If you are ordered to install an ignition interlock device (and, in New York, that’s a guarantee), you might as well go through the process, or you’ll just have a longer road to recovery ahead of you.