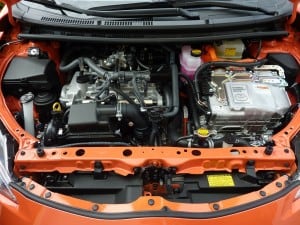 Missouri is a state that believes in second chances, especially after a drunk driving conviction. The Missouri ignition interlock program is proof of this belief, especially when you think about all of the benefits an ignition interlock device (IID)  allows for both the DUI offender and the other drivers on the road. Unfortunately, even with a second chance, some drunk driving offenders may have trouble following the “rules of the road” when it comes to an IID, and not necessarily the part about not drinking before driving. Sometimes, those ignition interlock service appointments are the problem, which becomes, well… a problem… for the DUI offender.

The reason is simple – a DUI offender is given a second chance to keep driving with an IID, but without the proof of sober driving that is shown during service appointments, there’s no evidence of sober driving. So, that ignition interlock violation nets the offender another six months to prove their sobriety when driving… just another one of those “second chances” that Missouri hands out to drunk drivers.

A second chance for a better future after a DUI in Missouri is more than just an ignition interlock requirement. It is a full commitment to sober driving without any violations or the harsher consequences those bring. That second chance is pretty easy, too: you just have to show up (to your service appointments) and do the right thing (drive sober) the rest of the time!

55 Years to Look Back on your New Mexico DWI
Next Post: Your DWI Crosses State Lines in New York