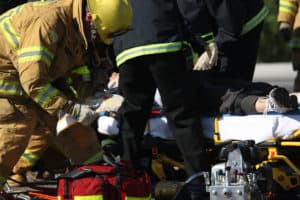 Many states have different levels of DUI offenses. These can include zero tolerance laws for those under 21 or a DWI for a person whose BAC is below the legal limit but who is still driving impaired with a BAC of .02% or more. Most states also take into account mitigating and aggravating circumstances when it comes to DUI charges and penalties. In the state of California you can be charged with a California Aggravated DUI under several circumstances.

California state law considers a BAC that is double the legal limit to be a ‘special factor’ and will impose stricter penalties, such as requiring the installation of an ignition interlock device on a first offense.

DUI With a Minor Passenger Present

If a child younger than 14 years of age is present in your vehicle when you receive a California DUI, you will serve a mandatory 48 hours in jail, if not longer.

Refusal to Submit to Testing

If you refuse the breathalyzer test and are convicted of a DUI, you can expect to receive harsher penalties as the judge will assume your BAC was above legal limits and that’s why you refused to be tested.

If you are driving erratically or at speeds more than 20 MPH over the speed limit on regular roads and 30 MPH on highways, your jail time will be extended by 60 days that must be served concurrently. Even if you’re sentenced to probation otherwise, you will be required to first serve your 60 days of jail time.

If you cause an accident that leads to an injury while under the influence, you will be charged with either a misdemeanor or a felony level California Aggravated DUI depending on the severity of the accident.

If you are convicted of a California Aggravated DUI, even if it’s your first offense, you can expect your penalties to more closely match those of a 4th offense DUI conviction. You will most likely receive fines, jail time, license suspension, and be required to install an ignition interlock device on your vehicles.