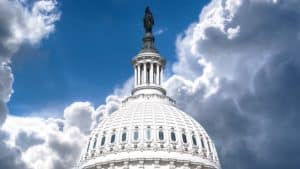 DUI loopholes are a fact of life, on a state and a national level. As a result, the outcome of your DUI may be difficult to nail down, especially if you have multiple convictions in different states. A first-offense DUI (OWI) in Wisconsin is little more than a traffic violation, while in Virginia, a first-time DUI offender has a full-spectrum of consequences, including a mandatory ignition interlock device.

That isn’t the only dodgy part of DUI law Wisconsin (and a handful of other states) also does not participate in the national, DUI information-sharing interstate license compact. So, a Wisconsin OWI stays in Wisconsin, when it could (and should) be counted in any subsequent DUI incident. That’s a dangerous loophole when there is a potential habitual DUI offender on the loose.

Oklahoma recently passed a law to streamline its DUI reporting process within the state, so that no more DUI offenders with multiple convictions are only charged with a first-offense DUI. The same type of law is being proposed on a national level: the DUI Reporting act of 2016.  44 states in the U.S. currently participate in the National License Compact that says those states will share information like DUIs across state lines. So, a drunk driving conviction in Wisconsin will count in court if that offender is convicted in Maryland of another DUI. With a new bill introduced into congress this year, participation in a license compact will no longer be voluntary. It will mean that those states lose safety and technology funding if they don’t add DUI information into a national criminal database.

Closing these DUI loopholes is vital for everyone’s safety and ultimately puts more ignition interlock devices on vehicles of offenders along with other consequences. Since each state is able to determine the penalties for first, second and any DUI offense, it only makes sense that each state also has all of the information before making that decision. Streamlining DUI reporting through a national database is perhaps the biggest step that can be taken in reducing national DUI figures.

Read more about the DUI Reporting Act of 2016 and encourage your congressman and senator to approve this life-saving legislation!