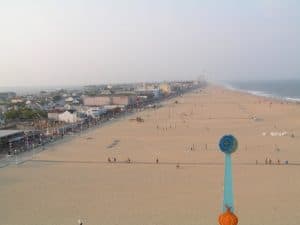 As summer is officially in swing, we know the party never ends in Ocean City. As one of the more active social spots for vacationers and residents on the East Coast, this coastal city offers plenty of recreational fun, as well as a caution for everyone who makes the annual trek to the beach: the times (and Maryland DUI laws) are a-changin’.

In October, Noah’s Law goes into effect across Maryland, including Ocean City. This new law expanded the use of ignition interlock devices for all DUI offenses. That means that your first-offense drunk driving charge will be subject to the same court costs, fines and requirements as before, plus you’ll have an ignition interlock requirement on top of it.

That also means, vacationers, that by next summer any Maryland DUI you receive will require you have an ignition interlock device, even if you live in another state.

Our best advice is to enjoy your summer in Ocean City safely this year, and avoid a Maryland DUI entirely. You don’t want to be the reason for another’s tragic vacation memories and you get to keep the fun going well into the season, without having a drunk driving conviction to worry about. Plus, you’re ahead of the curve for when Noah’s Law and the expanded ignition interlock requirement are implemented this fall.