A Maryland Ignition Interlock Device without a DUI?

You are here: Home / General Information / A Maryland Ignition Interlock Device without a DUI?
November 23, 2016 by Editorial Staff 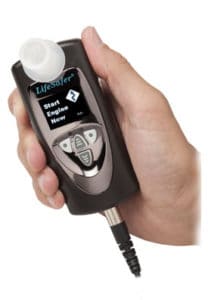 Maryland has long been battling drunk driving and other alcohol-related crimes within the state. This year, in fact, the state enacted one of the toughest all-offender ignition interlock policies in the U.S., joining the majority of the nation in standing up against drunk drivers who may try to repeat past mistakes.

Maryland may not be stopping there, however, at least not where ignition interlock requirements are concerned. A prosecuting attorney in Montgomery County, Maryland, may also be pushing the devices for crimes in which alcohol was a factor, but driving any type of vehicle was not.

Studies show that a DUI isn’t the only crime that people commit when they’ve been drinking. Alcohol is a factor many crimes, including:

Much like the influence alcohol has on a person’s decision to drive, alcohol makes it seem “okay” to go against the law in other areas. As the common thread in all of that is alcohol, the Maryland prosecutor’s call for ignition interlock devices may not be overstepping. If nothing else, people could think twice about any sort of criminal behavior if they are aware that an ignition interlock could be awaiting them once they’ve had their day in court.

Ignition interlock devices have shown to reduce the number of repeat drunk incidents up to 90% of the time in some areas, making them an effective deterrent and tool for keeping the streets safe. We can only hope that if the devices are used in other types of criminal consequences, the results will reflect a similar and reassuring pattern of safety.

Previous Post: ← All the Buzz on a Low-BAC Illinois DUI
Next Post: We’re Thankful for Thanksgiving DUI Checkpoints →