A Nebraska Ignition Interlock Could Save Your Car

You are here: Home / General Information / A Nebraska Ignition Interlock Could Save Your Car
April 14, 2017 by Editorial Staff 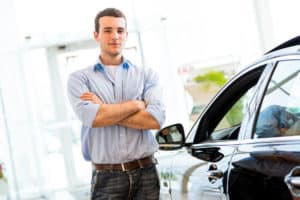 If you are currently facing charges for driving under the influence (DUI) in the State of Nebraska you probably already know the penalties can be harsh. In recent years Nebraska has strengthened its drinking and driving laws and penalties in an effort to reduce the number of DUI accidents and arrests in the state. Among the areas in which the penalties have increased are suspensions and ignition interlocks. Even a first-time offender will immediately lose his or her driving privileges if arrested for DUI in Nebraska. Often the loss of driving privileges is more detrimental to a driver than a conviction itself.

Nebraska may not have an all-offender ignition interlock law, yet, but it does have an interesting take on how offenders can opt for the device. All drivers who have a second or more DUI conviction in Nebraska will face having their vehicle immobilized by the court at the expense of the convicted driver for not fewer than 5 days and no more than 8 months. The immobilization includes having the vehicle unregistered and the license plates confiscated by the state.

In lieu of the immobilization, a driver may be allowed to have an ignition interlock device installed on the vehicle at the owner’s expense. You may be required to install an IID prior to being convicted of DUI and/or after a conviction under the following circumstances:

In that case, you must keep the Nebraska ignition interlock installed in your vehicle for as long as the sentence requires.

If safe driving isn’t your first thought when you head out for the night, perhaps the loss of your vehicle could be enough to get your plan together for a safe ride home. Contact lawmakers today and voice your support for legislation that increases penalties for DUI and requires IIDs for all convictions and implied consent violations.

Previous Post: ← How Can Iowa Ignition Interlock Devices Save Iowa Lives?
Next Post: Will Oklahoma DUI Refusal Laws Get Tougher? →