Alcohol and Ignition Interlocks: What You Need to Know

You are here: Home / Resources / Alcohol and Ignition Interlocks: What You Need to Know
September 16, 2013 by Editorial Staff 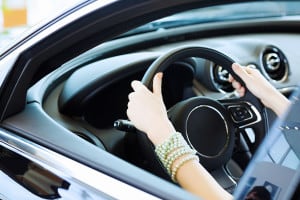 The Mothers Against Drunk Driving (MADD) organization states that first-time DUI offenders have usually driven drunk over 80 times before they are caught. With more cars on the roads than police officers, drunk driving takes place more often than law enforcement can keep up with. This is why when drivers are convicted of a DUI, courts order the installation of ignition interlock devices. The devices act as mobile breathalyzers, requiring that drivers breathe into the devices before their vehicles will start. These devices help reduce incidences of drunk driving, as most DUI convictions are for repeat offenders.

But, what do you need to know about alcohol and ignition interlocks? Does any amount of alcohol trigger the system, keeping a driver from getting to where she or he needs to go? Ignition interlock devices have different settings. This means that one person’s ignition interlock may be set to detect a different level of alcohol than another person’s. Most of the devices are set to kick in once the alcohol detected on the driver’s breath reaches a certain level. The general aim is to keep drivers from driving while drunk, not penalize most people for having any amount of alcohol at all.

While this is true for most drivers forced to use ignition interlock devices, each case is different. Some drivers may, in fact, be prohibited from drinking any alcohol at any time and the ignition interlock settings will reflect this mandate. When it comes to alcohol and ignition interlocks, you may be surprised at how sensitive the devices are. They can detect extremely small amounts of alcohol, so keep this in mind if you have to use one. If a driver has taken a medication with alcohol in it, the ignition interlock will be able to detect this and it will be recorded by the system.

Ignition interlock devices are fool-proof. There is no type of alcohol you could drink that cannot be detected by them. Most also require various re-tests while the vehicle is in motion; this maintains their efficacy rates. The purpose of a court order to install an ignition interlock device is to keep drivers from committing another DUI offense, so it makes sense that they would have to pass the test at various times during their trips. Even if the driver of the vehicle is not the person who was ordered to install the device, if a driver breathes into the ignition interlock and exceeds the alcohol limit, the convicted driver will be held accountable.

Previous Post: ← What are Open Container Laws and Guidelines?
Next Post: Should Legal BAC Limit be Subjective? →