What are Open Container Laws and Guidelines?

You are here: Home / Law / What are Open Container Laws and Guidelines?
September 13, 2013 by Editorial Staff 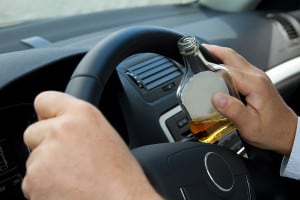 In order to keep people from drinking and driving, states have open container laws. While it may seem to make sense for the laws to come from the federal government, since drinking and driving affects all of us, only states have jurisdiction over these laws. The federal government, however, does give input and incentives for states to go along with its suggestions. TEA-21 (Transportation Equity Act for the 21st Century) outlines the federal government’s open container guidelines and states can choose to comply or not. There are six standards that states should adopt if they want to receive federal funding for their roadways.

Currently, all states and the District of Columbia are in some form of compliance with TEA-21. As such, all have open container laws that vary in scope. The District of Columbia and 39 states are fully compliant with TEA-21, meaning that no open containers of alcohol are allowed in vehicles where the driver could have easy access. That includes the passenger area and glove compartment. Other states only partially follow the open container guidelines, meaning some of the federal funding they would receive for roads is allocated to alcohol education and awareness programs.

States with partial bans with regard to the open container laws are Alaska, Louisiana, Wyoming, and Tennessee. Other states and cities have certain exemptions that they allow with regard to the open container guidelines. For example, 7 states allow passengers (not drivers) to drink alcohol while the vehicle is in motion. Mississippi actually allows for drivers to drink and drive, legally, as long as their blood alcohol concentration stays below the legal limit of .08. When cities have exemptions, those cities may not affect whether or not the state is in compliance with TEA-21.

These open container guidelines were set in place to discourage drinking and driving and lower DUI rates and accidents. Although states can choose not to comply with the guidelines, and a few of them have made that choice, the federal government still sees these guidelines as a good foundation of DUI laws aimed at keeping our roads safer for everyone.

Previous Post: ← NFL Players Finding a Sober Ride Home
Next Post: Alcohol and Ignition Interlocks: What You Need to Know →