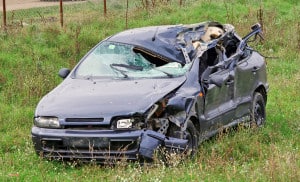 Drinking and driving is a serious and deadly problem in Wisconsin, as reflected in the number of multiple offense OWI crimes and the state’s ongoing debate on tougher drunk driving restrictions.  In 2012, a person was killed or injured in an alcohol-related car crash in Wisconsin every 2.8 hours. According to the Wisconsin Department of Transportation, alcohol-related crashes and injuries have declined over the past few decades, but alcohol-related deaths have remained consistent over that same period of time. So, why are so many OWI accidents happening on Wisconsin’s roadways?

While Wisconsin certainly continues to battle against drunk drivers, there are concerns that not enough is being done in the state to stop the damage a drunk driver can cause. If the OWI laws reflected the same strict stance against drunk driving in Wisconsin as laws in other states do, then there would be a decrease in deaths attributed to alcohol. These restrictions include criminal charges for drunk driving, the use of ignition interlock devices for any convicted OWI offender, substance abuse treatment programs and more.